Doubts continue to grow around this year’s Tour de France after the UCI announced it was extending the suspension of all cycling races until 1 June, a little over three weeks before the event is due to begin in Nice on 27 June. 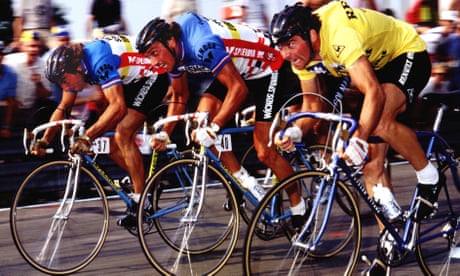 Tour de France quiz: how much do you know about cycling’s greatest race?

The French government indicated last week it was looking at ways cycling’s biggest race might be able to take place without any spectators but the feasibility of staging such an event in any form is increasingly questionable as the shutdown of professional cycling continues.

Tour de France director, Christian Prudhomme, told French newspaper L’Equipe his organisation would adapt as necessary to the ongoing fight against the coronavirus.

“I would be lying if I said that we were not working on another hypothesis,” he said of the race starting on time. “The riders must be able to resume training at the end of April for the Tour de France to remain on these dates. But the most important thing by far is the fight against the pandemic. We will adapt according to the health situation in the country.”

Following talks with representatives of race organisers, teams and riders, the UCI said on Wednesday it was extending its shutdown of racing and working on a revised calendar which would give priority to the three Grand Tours – the Giro d’Italia, Tour de France and Vuelta a España – as well as the Monuments, the five biggest one-day races.

“Given the severity of the health situation throughout the world, the UCI and its stakeholders unanimously decided to prolong the suspension of cycling competitions until 1 June 2020, and until further notice,” a statement said.

“The UCI also decided that this extension would apply to all cycling disciplines and all categories of riders. In its role of governing body of our sport, the UCI is working on a framework for the future UCI International Road Calendar, based on its exchanges with the stakeholders and giving priority to the three Grands Tours and cycling’s Monuments.

“Confirming the principle of a prolongation of the men’s and women’s road season, announced on 18 March, the UCI does not exclude the possibility of pushing back the end of the season depending on the date racing resumes, when this is known.” 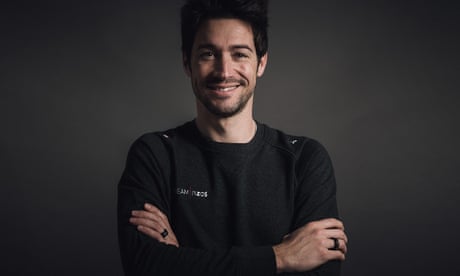 The Giro d’Italia, which had been due to begin on 9 May in Budapest, was among the first races to be postponed, while the status of the Vuelta, scheduled to start in Utrecht on 14 August, remains in the balance.

Of the five Monuments, four – Milan-San Remo, the Tour of Flanders, Paris-Roubaix, and Liege-Bastogne-Liege – have already been postponed while the fifth, the Giro di Lombardia, remains scheduled for 10 October as it stands.

The UCI said it has so far received more than 450 requests for the postponement or cancellation of events, the majority of them relating to road cycling.

The men’s WorldTour has effectively been shut down since Paris-Nice ended one day early on 14 March, while the women’s WorldTour has been on hiatus since the Cadel Evans Great Ocean Road Race at the start of February, with the last major event to be staged the Ladies Samyn on 3 March.

Following the UCI’s statement, Tour organisers ASO announced the postponement of the Critérium du Dauphiné, a traditional warm-up race for the Tour, which had been scheduled to take place from 31 May to 7 June.

… we’re asking readers, like you, to make a contribution in support of the Guardian’s open, independent journalism. This is turning into a turbulent year with a succession of international crises. The Guardian is in every corner of the globe, calmly reporting with tenacity, rigour and authority on the most critical events of our lifetimes. At a time when factual information is both scarcer and more essential than ever, we believe that each of us deserves access to accurate reporting with integrity at its heart.

More people than ever before are reading and supporting our journalism, in more than 180 countries around the world. And this is only possible because we made a different choice: to keep our reporting open for all, regardless of where they live or what they can afford to pay.

We have upheld our editorial independence in the face of the disintegration of traditional media – with social platforms giving rise to misinformation, the seemingly unstoppable rise of big tech and independent voices being squashed by commercial ownership. The Guardian’s independence means we can set our own agenda and voice our own opinions. Our journalism is free from commercial and political bias – never influenced by billionaire owners or shareholders. This makes us different. It means we can challenge the powerful without fear and give a voice to those less heard.

None of this would have been attainable without our readers’ generosity – your financial support has meant we can keep investigating, disentangling and interrogating. It has protected our independence, which has never been so critical. We are so grateful.

We need your support so we can keep delivering quality journalism that’s open and independent. And that is here for the long term. Every reader contribution, however big or small, is so valuable. Support The Guardian from as little as £1 – and it only takes a minute. Thank you.