The Austrian federal government’s announced today that major events are to be canceled by the beginning of April, we take as an occasion our decision to meet from 20-23. May 2020. In the past few weeks, we have been closely monitoring the situation around Carinthia and, of course, abroad, talking to many partners, authorities and experts, and the municipal board has come to the decision that the protection of the health of everyone involved is paramount got to. The time of the meeting is still almost 2 months ahead, but we are now in the intensive preparation phase – with an uncertain outcome. Because if the decree were extended, there would also be great economic damage to all those involved.

For this reason, we as the organizer unanimously decided to cancel the 39th Wörthersee Meeting – GTI Meeting 2020. The money for the purchased tickets will be refunded. More information about the refund will follow shortly at www.woertherseetreffen.at and www.maria-woerth.info

We look forward to the meeting every year and all the encounters associated with it. While many people are currently struggling with their health and sometimes even with their lives, in addition to all the risks mentioned above, we also find it wrong to plan and organize “our meeting” now. May 2020 will therefore pass without the official event days in Reifnitz – we hope that the overall situation around the virus will soon improve significantly and that we will then be looking forward to a beautiful anniversary event in 2021 – 40 years of the GTI meeting in Reifnitz can.

Attention: The GTI meeting at Lake Wörthersee was officially canceled due to the corona virus!

In front of the lake – Unofficial pre-meeting 2020

Many visitors already meet on the weekend two weeks before the lake (pre- meeting ) at various locations around Lake Wörthersee . That would be the weekend 08.05. – 10.05.2020 . The main meeting points are the so-called Arneitz turbo curve in Faak and the Mischkulnig petrol station in Velden (Selpritsch).

Note that unfortunately now very much before the official meeting slobs out there that only misfire and ravings come. This has nothing to do with the actual purpose of the meeting and is rightly criticized by the residents or increases the police presence on these days. We clearly recommend visiting the official meeting again!

After the lake – Wörthersee Reloaded 2020

The main meeting points are the so-called turbo curve Arneitz in Faak am See and the Mischkulnig petrol station in Velden (Selpritsch). You can find all the trendy meeting points on our Google map below. 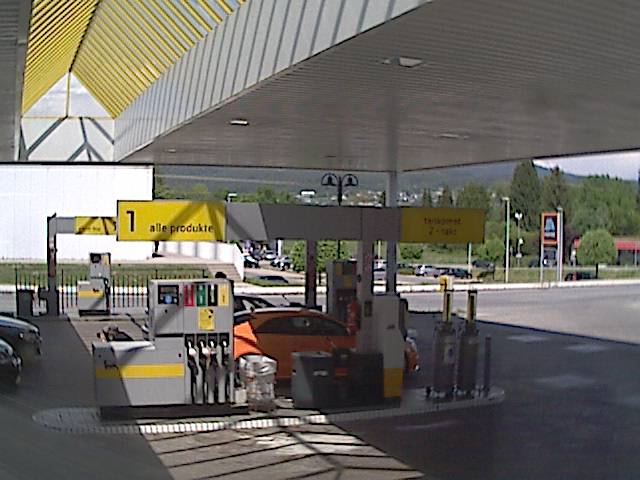 The petrol station Mischkulnig in Velden (formerly Shell now Eni ServiceStation) and the community of Reifnitz offer a webcam on which you can follow the meeting live.

However, these meeting points are just two of the important show-and-shine points before and during the GTI meeting at Lake Wörthersee . (Map below) Anyone who keeps something to themselves and wants to present their vehicle to a wide mass must have been here.